FACTS:
Counsel for Telesforo Alo brought a complaint in the Court of First Instance of Cebu on the 12th of July, 1904, against Clodoaldo Rocamora, and asked that judgment be given in his favor, condenming the defendant to return a parcel of land situated in the barrio of Giloctog, municipality of Barili of that island (Cebu).

The allegations contained that the plaintiff, is the owner of the said parcel of land, upon which grew 94 cocoanut trees; and setting forth the boundaries thereof, he having acquired the same from Hilario Ogsimar in 1888 by purchase.
That in 1897 the defendant, Rocamora, appropriated this land against the will of the plaintiff, and without just cause or legal title to the same, and that when called upon to return it he refused to do so and has continued to retain the said land to the present time, thereby prejudicing the interests of the plaintiff to the extent of 1,000 pesos, Conant.
The defendant in his answer denies each and all of the allegations contained in the different paragraphs of the complaint.
CFI: After hearing the evidence introduced by the parties, the court held that the plaintiff was not entitled to a judgment against the defendant, and directed that the case be dismissed.

ISSUE: WON the plaintiff (Alo) can recover the land.

HELD: YES.
Judging from the terms of the complaint, the action brought by the plaintiff is that known in law as “accion revindicatoria.”
Article 1473 of the Civil Code provides:
If the same thing should have been sold to different vendees, the ownership shall be transferred to the person who may have first taken possession thereof in good faith, if it should be personal property.
Should it be real property, it shall belong to the person acquiring it who first recorded it in the registry.
Should there be no entry, the property shall belong to the person who first took possession of it in good faith, and, in the absence thereof, to the person who presents the oldest title, provided there is good faith.

The possession of the land to which the plaintiff claimed he was entitled prior to the year 1897, when he was deprived thereof by the defendant, was a possession civil in its nature and was held by him as owner. To prove his title to the land he introduced in evidence the document which appears on page 5 of the record.

Both parties agree that Hilario Ogsimar was the former owner of the land in question. Even though the purchase of the same alleged by Clodoaldo Rocamora actually took place, such purchase was made after the prior purchase of the plaintiff Alo, as appears from the document executed before the local authorities of the town of Barili where the land in question is located.
It is true that the title introduced in evidence by the plaintiff did not appear to have been recorded in the Registry of Property, but the defendant has failed to establish his ownership of the land by means of any document or title recorded or unrecorded in the said registry.

There can be no doubt that under article 606 of the Civil Code titles of ownership of real estate which are not properly recorded or entered in the Registry of Property shall not prejudice the rights of third persons; but the supreme court of Spain in construing this article of the code held in its judgment of December 16, 1892, that “from the fact that the ownership of the piece of property is not recorded in the registry in favor of the person in possession thereof, it can not be inferred that such person is not the owner of the property, provided it be shown that he acquired the same, that the property is not registered in the name of another, and that he has been in the quiet and peaceful possession thereof.”

The plaintiff in this case was not in the physical possession of the land for the reason that he lived upon other property owned by him, but it has been shown that he exercised acts of ownership and possession over the land in question through his agents, Pedro Gonzalez and Hilario Ogsimar, the former owner, who continued to live upon the property and to dispose of its products in the exercise of a legitimate and perfect right. Article 431 of the Civil Code provides as follows:
Possession of things or rights is exercised either by the same person who holds and enjoys them or by another in his name.
Under the last clause of this article, the plaintiff in this case was in possession of the said land, as has been fully proved.
Telesforo Alo and Vicente Alquizola witnessed the execution of the said instrument, the latter having been one of the accompanying witnesses of the local authority before whom it was executed. Consequently there is no doubt as to the authenticity of the said document, nor as to the truth of the contents thereof, nor is there anything in the record, or any legal reason, that would justify this court in holding that the said document was false. In fact there is no claim that such document is false. Moreover, there is no evidence in the case tending to show that the contents of the said document are false.
From the foregoing it can not possibly be inferred that the defendant was a possessor in good faith.

We are, therefore, of the opinion that the judgment of the trial court, dated the 17th of December, 1904, wherein it is declared that Telesforo Alo is not the legitimate owner of the land described in the complaint, should be reversed, and we hereby condemn Clodoaldo Rocamora to return to the plaintiff, Telesforo Alo, the land in question and the crops growing thereon. 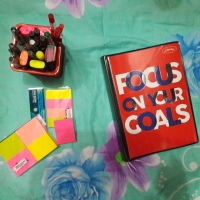