Doctrine of Stare Decises is also known as the Doctrine of Precedents.

It is a legal principle which sets that “judicial decisions applying or interpreting the laws or the Constitution shall form part of the legal system of the Philippines.” (Art.8, Civil Code of the Philippines)

In Investopedia, Doctrine of Stare Decises is defined as “legal doctrine that obligates courts to follow historical cases when making a ruling on a similar case...Simply put, it binds courts to follow legal precedents set by previous decisions.“

Take note, however, that although a decision is binding to a subsequent similar case, it is not the entire decision itself that is considered legally binding, but the reasons or principles to which the decision was based or what is called “ratio decidendi.”

Is the reason for the court in coming up with a decision. This includes the material facts, the principles applied to the case and the decision thereon. 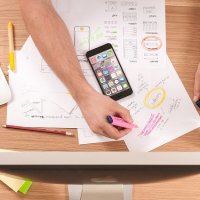